Against the Tide: The Story of the Cajun People of Louisiana

2000 60 mins.  |  Against the Tide is the epic story of one of the most celebrated and misunderstood ethnic communities in North America.

“Against the Tide is a tribute to the tenacity of this remarkable community.” 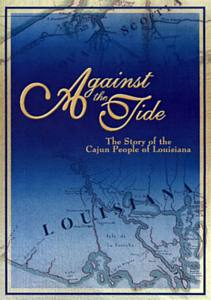 Ravaged by bloody religious wars, French farmers left Western France in the 17th century to establish a new homeland in the wilderness of what today is Nova Scotia. After a brutal deportation by the British, (ethnic cleansing in contemporary parlance) the ancestors of the Cajun people were able to end their exile and reunite their families in Louisiana. Through the years, the Cajun people have maintained their identity and language in spite of the overwhelming pressure of Americanization.

This is the true story of the Cajuns as told by their direct descendants, including director Pat Mire, host/narrator Zachary Richard, historian Carl Brasseaux, and folklorist Barry Ancelet.