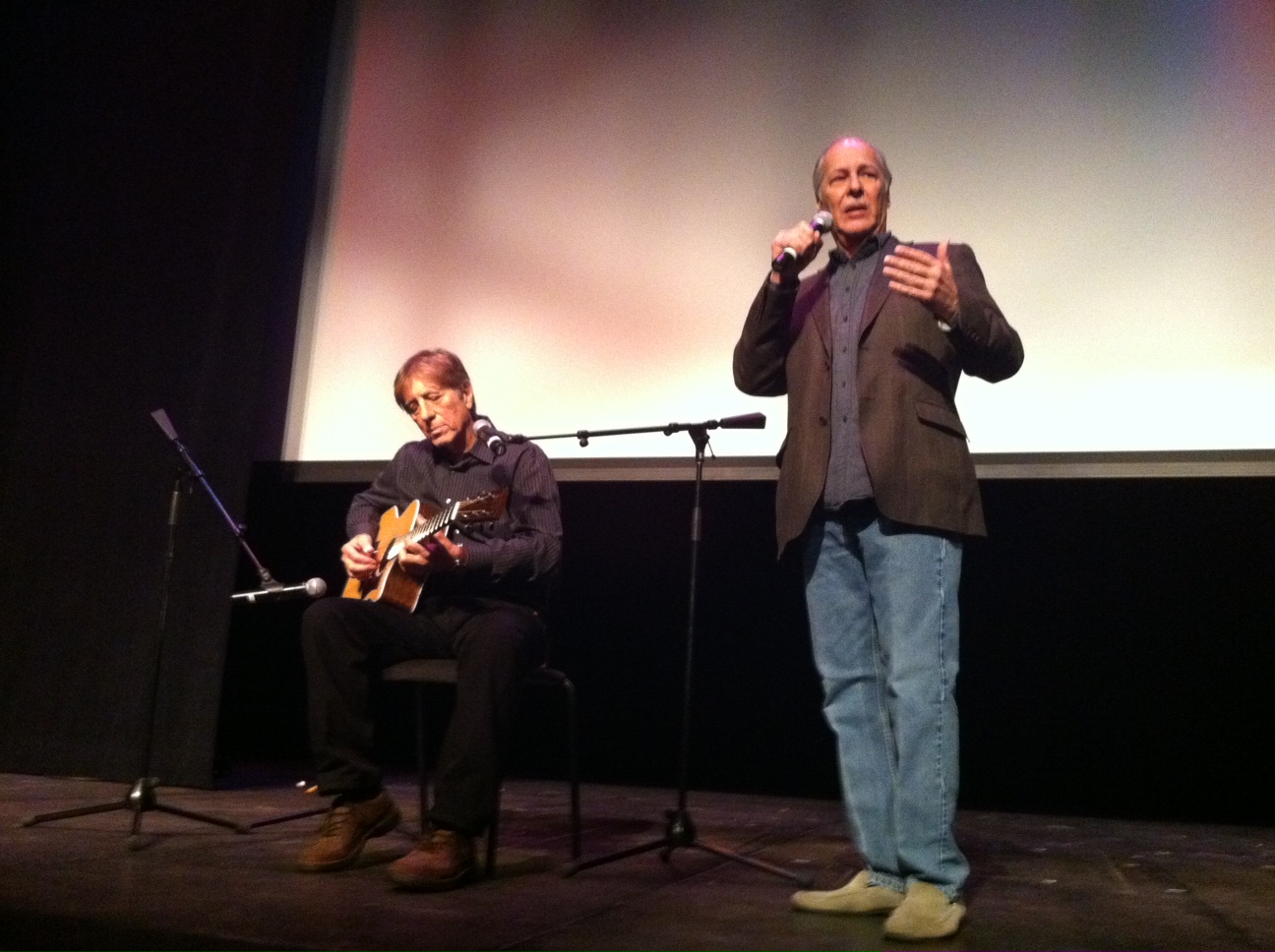 On Sunday, April 21st, Pat Mire joined guitar great Gerry McGee on center stage at the Acadiana Center for the Arts for the INNOV8 event:  Learning from the Life of a Legend.  Mire screened clips from his (soon to be completed) documentary film, "Sushi and Sauce Piquante," on the life and music of Gerry McGee and interviewed Gerry, a member of the Rock and Roll Hall of Fame, about his musical beginnings in Eunice, Louisiana, his musical influences and his long and impressive music career.  Gerry entertained the audience of serious music fans and musicians with a guitar version of Blues de Texas, a song by his father, the great Cajun fiddler Dennis McGee, as well as Gerry's own version of Classical Gas.